Safety, Sentimentalization, and the Invention of Childhood

I heard a story from a friend at church.  He posted the story on facebook.  Not a story actually, but a brief account of an actual incident that happened to him (today, as I write this).  He was in the local box store (Meijers, here in greater metropolitan Adrian, Michigan), grabbing some groceries with his two boys - bright energetic fellas who are around the same age I was when I hunted with my dad, swam with local pals at a nearby quarry, and tried smoking corn silk.


This is an examination of "just war" doctrine for Roman Catholics, though many confessions claim to subscribe to some "just" war notion.  First, a little history.

In exploring the Civil War through moral lenses, one sees just how unprepared Americans were for such a cataclysm in the moral sense no less than the military or political.  And unlike politics and military arsenals, which geared up to meet the challenge, the ability to fix a moral stance never progressed.  Rather, it regressed.  On all sides – clerical, political, journalistic, military, artistic, and intellectual – the historian searches in vain for moral criticism directed at one’s own cause.  Talk of war certainly bristled from the pages of the secular press and civic assemblies, the statesmen, clergy, and intellectuals raged against the unjust conduct of the enemy.
-Harry S. Stout, Upon the Altar of the Nation – A Moral History of the Civil War (Penguin, 2006) 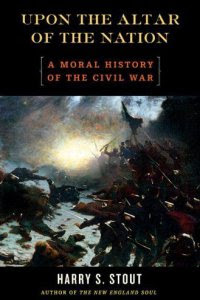