The bourgeoisie is not the “middle class,” and it hasn’t been so since around the eighteenth century. Pet peeve, drives me nuts. This confusion was created during the Cold War, when propagandists wanted to spook American Suburbia that they themselves were the primary target of nasty communists. Once bourgeois was re-defined to mean the contemporary middle class, then quotes from leftists themselves, aimed at the actual bourgeoisie (the 1/10 of 1%), were automatically misinterpreted to prove the imminent danger those naughty left-wingers posed to Donnie and Marie and their little white weens. The term refers to the business class, which was in the middle, between the aristocracy and the peasantry. If anyone in the US comes into contact with peasants and aristocrats, clue us in. This was all prior to the bourgeois revolutions in the United States and France. And those were revolutions on behalf of the business class against the hereditary aristocracy. A class struggle between a waning upper class and a waxing middle, framed as an Oedipal struggle of brothers against fathers.

The bourgeoisie is now the ruling class. You can say it, “The business class is the dominant class,” and it loses some of that leftist cachet (or threat, depending).

The business class is joined with the state, which is where we want to focus right now. What are the state’s responsibilities are vis-a-vis the business class, and how is the bourgeoisie responding to the Trump interregnum?

The chosen form of government by the American bourgeoisie was the constitutional republic, with certain ostensibly equal protections for all citizens. I say ostensibly, because this has never been the actual case.

The highest protection in the US republic is for property, and all other rights are subordinate to that one. So, when we guarantee that all persons have the right to free speech, we also ignore how property makes this so-called equality a form of extreme inequality. The press is free to those who own one.

The flexibility built into capitalist constitutions is designed in support of the dominance of market relations between people; and the tension has always been between (a) allowing certain freedoms so that people will be able to competitively self-select their own exploitation, and (b) holding the fort when there are popular challenges to business class power . . . or sudden crises, even of the bourgeoisie’s own making. In 2007, those who were indebted were not bailed out. Wall Street was.

The business class and the state have always been partners, because the state ultimately serves as that class’s armed guard along the by-ways of commerce. In fact, there is a kind of revolving door between the business class and state offices. The ruling class holds power by virtue of monetary wealth. That power was gained through money-accumulation, and it is sustained through the sustainment of accumulation.

A capitalist state has seven key and yet unstated economic responsibilities to guarantee accumulation for the business class: (1) to ensure enough willing or unwilling workers for production at rates that allow for profit; (2) to ensure that banks can provide finance capital for loans; (3) to ensure the externalization of costs adequate to protect overall profits, including publicly-financed infrastructure and freedom to pollute; (4) to ensure markets sufficient to absorb production; (5) to ensure expansion sufficient to compensate for saturated or lost markets, whether by financial or military means, or by opening new arenas of commodification (“privatization”); (6) to ensure enough general stability for business to flourish without major interruptions, and (7) to ensure an adequate supply of resources.
Once these seven requirements are satisfied, then the coordinated activity between productive activities and financial activities can “grow” the economy. Failure to expand will eventually result in falling rates of profit as markets are saturated and-or “cheap nature” quits being cheap, and falling rates of profit will result in profit-based enterprises failing. (Mammon’s Ecology, 89, emphases added)
Falling rates of profit constitute crises for capitalists and therefore for the capitalist state. Rates of non-speculative profit in the US have fallen from 38 percent in 1946 to 17 percent now, and we are set for another downturn within the year. (Roberts, “US Rate of Profit in 2017”) Financialization (speculation) has developed the non-productive means for return on investment, but finance capital unleashed functions like an auto-immune disorder, creating bubble after bubble of fictional value that pops and demands a fresh bailout on the backs of the 99 percent.

Economic disruption can ramify into more general crises that at certain thresholds and in certain circumstances lead to that most dreaded of all conditions for the business class—instability. The very value of the dollars a rich person has can be erased by some forms of crisis, and with that, the rich person’s power, by certain forms of crisis. Everything is at stake for the bourgeoisie; so stability becomes a foundation issue.
Stability in a country like the United States—325 million souls spread over 380 million miles²—cannot be maintained through direct force, but has to be maintained through the “invisible power” of the consent of the governed. Gramsci called it hegemony, but this is just all of us doing what we do every day without being physically forced to, based on everything from the law down to Grandad’s care and medication. Normality is a vast aggregation of norms, and the structures that underlay those norms.

Most times, we aren’t acting out, and so there is a shifting boundary between exactly where Gramscian hegemony is exchanged for the employment of armed agents. That alignment is substantially determined by those whose agitation or desperation has turned them into a threat to stability. We see the flare-ups. Think Ferguson. Passive hegemony threatens to fail, so out come the body-armored goon squads like alien insects piloting killer-robots.

Because these fluctuations are inevitable and progressive, with each instance of crisis there is a temptation to by-pass any form of quasi-democratic or even past-bureaucratic solutions in favor of increasing executive power.

Presidential authority, executive power, has been systematically strengthened by every single President in our lifetimes. Barack Obama was among those who increased executive authority the most under the guise of the Bush-invented Global War on Terror and in response to the 2007–8 Wall Street meltdown. Obama prosecuted more whistleblowers, for example, than all the Presidents before him combined. And President Obama left that structural executive power in place.

It was like he improved on the Big Gun used on behalf of the bourgeoisie.

Then Donald Trump won the 2016 Presidential Election and got the Big Gun for himself.

And now we have entered into a period where discontent has morphed into seething instability at the street level with all its harsh resentments. But there has been an anomaly, because the bourgeois-as-a-class was quite content with the Clintons, thank you very much, and where the fuck did this mouthy-ass lounge lizard come from?

This attitude is more a bourgeois zeitgeist than a conspiracy. The bourgeoisie is not a secret society. It is a collection of me-first competitors who would eat their children to win, so while they always have their collective eye trained on the dangerous potential of the hypnotized mass, they take time out to have machete duels with each other. What unites them is structural, because structures unite their interests, and the most self-conscious of this class have spokespersons you can see each day on national television. So some threw in their lot with Trump, but most are popping valium in advance of the next deranged tweet. Clinton Democrats are now allying with neoconservatives (Bush II’s ideological orientation) to oppose Trump. They were never that far apart anyway.

Trump—as a symptom of potential instability—has now created a crisis for the bourgeoisie that is more political and ideological than economic (though he is scurrying through the economy like a rampaging rodent, gnawing away at the seals, shitting in the insulation, stealing food, chewing up toilet paper, and making periodic appearances to scare the guests).

The business class is on the horns of a dilemma. They want to make lemonade out of this lemon, so they are pushing through as many changes as they can to goose the profit lines up a bit, but all the while calculating how far he can go without undermining the whole edifice or causing a civil war, whereupon they can ship him off to Mar-a-Lago to steal the female guests’ underwear and snort lines off of Steve Bannon’s ass.

The bourgeoisie wants the restoration of equilibrium; and even though this class itself has created most of their own problems, they will be happy to brand Trump as the goat and send him into the wilderness. He’s already pissed off much of his own security apparatus, from the CIA and FBI to the Department of Defense. Pretty heavy enemies.

The state’s responsibility is to create stability, not disrupt it; and the ability of the state to do just that reckons on Gramscian hegemony, not direct force. The state does not have the capacity to contain or control a hypothetical mass uprising, or a general breakdown of order. And Gramscian hegemony depends utterly on the confidence of the people in the institutions of governance . . . which the mouthy-ass lounge lizard is undermining at every turn.

Some years ago, I became familiar with companion planting—putting different plants together in a garden or guild that produce benefits like mineral accumulation, attraction of pollinators, attraction of beneficial insect predators, repulsion of pests or larger animals, and so forth. One of the most common recommendations, even though it has a tendency to become aggressive in its own propagation, is tansy. Tansy has clusters of yellow flowers that will attract bees but repel squash bugs, mice, and Japanese beetles; and tansy draws potassium up into the topsoil and shares with neighbors. Tansy was also used, way back in the day, as an abortifacient. 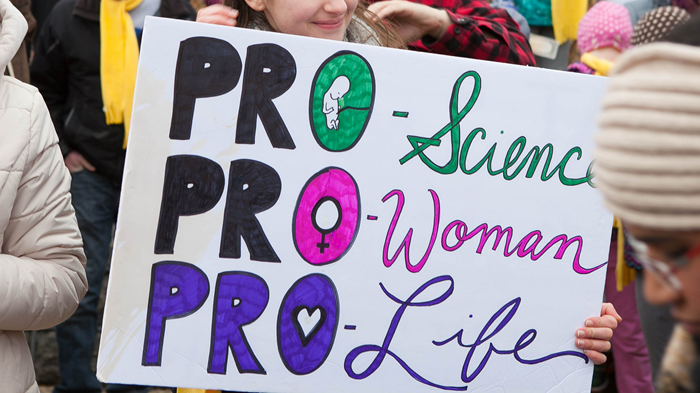 The out-of-control proliferation and use of weapons of mass destruction is perhaps the worst of contemporary science’s tragic fruits, but there are others. The misuse and abuse of science to justify destroying the Earth’s habitability has also become a source of widespread anxiety.
These and other perils have a common root: the corruption of Big Science by Big Money. More precisely, they are the consequence of a profit-driven economic system that hamstrings humanity’s ability to make rational economic decisions.
Science is presumed to be a reliable source of knowledge based on objective fact rather than subjective bias. By definition, that requires research to be conducted impartially by scientists with no conflicts of interest that could affect their judgment. But a science harnessed to the maximization of private profits cannot avoid material conflicts of interest that are anathema to objectivity.
– Cliff Conner
*
“Historical capitalism is not only a social formation but an ontological one.”
– Jason W. Moore