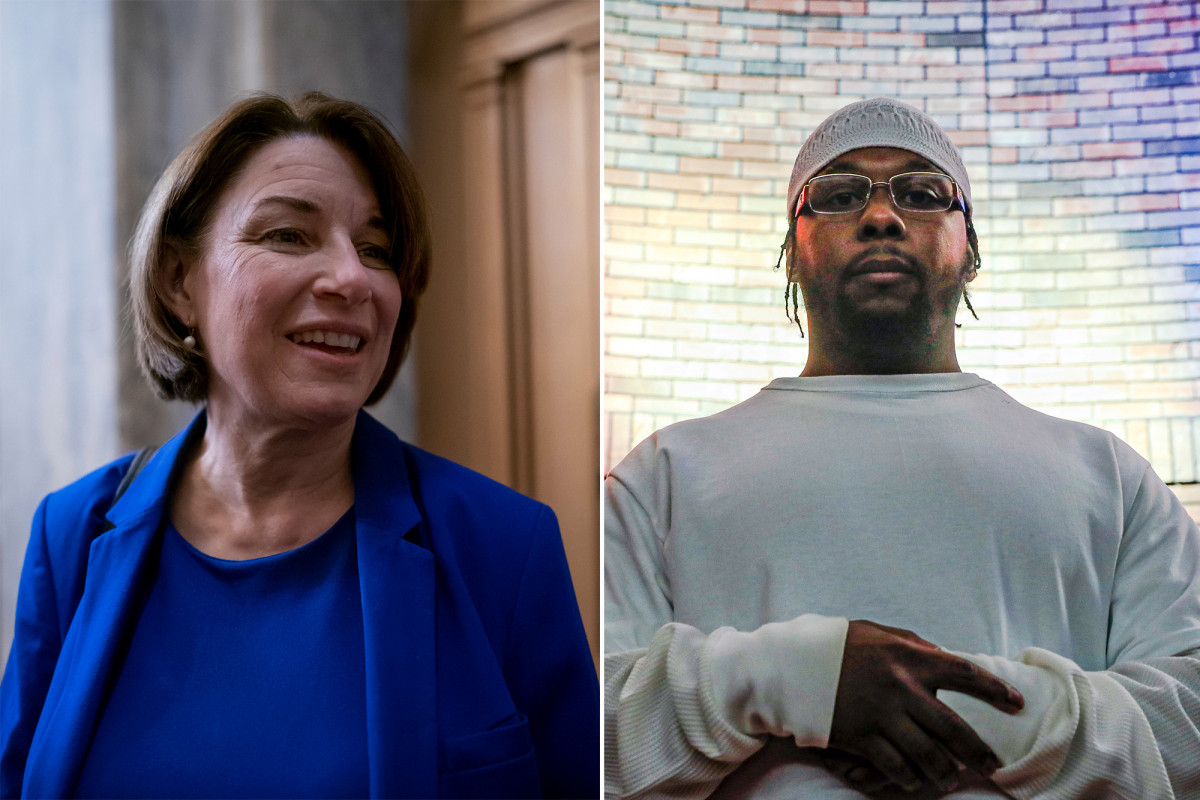 Prosecuting Attorney Amy Klobuchar, it has been revealed, probably railroaded a black man into a life sentence for something he did not do. She brags about it on the campaign trail to show that she, too, can be a macho law-and-order maven. So much for New York Times endorsements. In the past two days, Black Lives Matter and the Minneapolis NAACP have called for her to end her presidential bid, because in 2002, she led the prosecution of then-teen-aged African American Myron Burrell for a drive-by shooting that killed 11-year-old Tyesha Edwards. No evidence tied Burrell to the shooting, and a co-defendent confessed to it and stated that Burrell wasn’t even there; nonetheless she pressed on and obtained a conviction. She convicted a minor, put him in prison for life, then denied his request to attend his mother’s funeral after she was killed in a motor vehicle accident during a commute to visit him. Klobuchar said Burrell was too much of a threat to society to be allowed at the funeral. To add insult to injury, she has repeatedly cited him by name as the embodiment of evil on the campaign trail to demonstrate her tough-on-crime bona fides.

So, no surprise there, another prosecutor who’d rather destroy lives than admit to an error, who’d climb over bodies to advance a career. I guess throwing things at staffers — legally that’s assault, and if she hit someone, battery — is the least of her issues.

Fortunately, Klobuchar has a snowball’s chance in hell of being nominated. 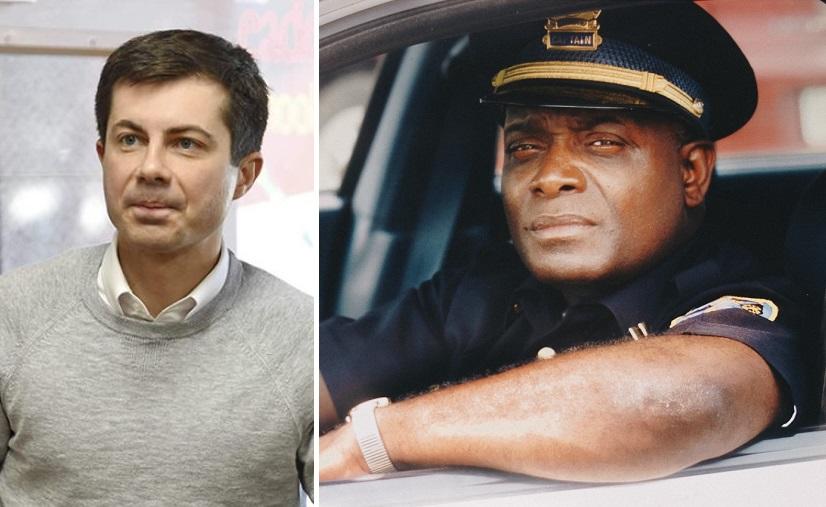 Next on the hit parade is Mayor Pete, who assumed the mantle of Mayor in South Bend, Indiana, in 2012. When he took office, there were three African Americans in key positions: Mayor’s Assistant, Fire Chief, and Police Chief. All three were soon gone.

On June 16, 2019, racist South Bend, Indiana police officers, under Mayor Buttigieg, shot an African American resident, Eric Jack Logan. Sergeant Ryan O’Neill shot Logan with his body cam turned off, according to him, and Officer Aaron Knepper, as we know from records now, intentionally delayed transporting Logan to the Emergency Room after he was shot. Logan died, and after Buttigieg was confronted with the racist history of both officers, he sat on his hands, claiming he had no power over the the case.

Not true, because he has the legal power to fire police. For example, in April Mayor Pete had fired Daryll Boykins, the African American Police Chief, for marching in a parade protesting the killing of Trayvon Martin by the loony racist vigilante George Zimmerman. In the case of Boykins, tapes eventually emerged showing a conspiracy of racist white police officers and some of Buttigieg’s big donors to rid themselves of Boykins. Buttigieg and his chief of staff, Mike Schmuhl, lied to Boykins, telling him he was under federal investigation for a possible violation of wiretap laws (after the tapes of the racist officers came out) and that the only way to avoid being prosecuted was to resign. Mission accomplished, white peoples! Blame the black guy. Admit nothing, deny everything, make counter-accusations.

In 2019, during his presidential primary campaign, Pete outed himself as a liar and sneak-weasel yet again. Enter the “Frederick Douglass Plan for Black America,” a kind of policy paper his handlers ginned up in the hopes that Mayor Pete could bewilder credulous black voters.

When Pete’s campaign unveiled this masterpiece, aimed at the South Carolina Primary, his campaign announced that it has “400 black South Carolinians” as endorsers, including some very prominent figures in South Carolina politics. On November 15, 2019, Ryan Grim of The Intercept published an investigative piece showing a few problems with this claim. Grim could only confirm 297 “signatories” of the “more than 400,” and 62 percent of them turned out to be . . . white people.

Imagine if the Sanders campaign did this and the media reaction. Of those who signed, including the transmogrified white folks, several were not South Carolinians at all . . . one lived in São Paulo. That’s in Brazil. The endorsement of The Plan, of course, was meant to serve Mayor Pete in South Carolina (where Hillary Clinton once went to die) by doubling as a tacit endorsement of Mayor Pete. Okay, that’s kind of ethically sketchy.

How were the “endorsements” acquired? By email. That’s what I said. Email. Pete’s campaign emailed “400” black-not-black people with the plan and asked for their endorsement of the plan, which he would attempt to pass off as endorsements of his candidacy. I personally have about 13 trillion unanswered emails. No phone call, no interviews. He didn’t want to discuss it, just spin it. In that email, the campaign was already claiming “400 black South Carolinians” had signed on, as encouragement one might surmise. It was a bald faced lie, but an encouraging bald faced lie. In these solicitation emails there was an “opt-out” option (is that redundant?). One could — provided one answered the email and provided one read the email carefully, including the fine print — opt out of endorsing the plan. If anyone they solicited through email without follow up calls did not reply to the email with an opt-out box checked, Pete & Co. went ahead and listed them as endorsers.

In 1991, Biden joined his fellow male-supremacist Arlen Specter in trashing Anita Hill on national television after she had the temerity to accuse the ultra-conservative Supreme Court nominee Clarence Thomas of sexual harassment. Biden as kind of apologized, though he’s never taken full responsibility for his aggressions, including the fact that he blocked three other women’s testimony against Thomas during the hearings. But his record goes back further than that.

In the 1970s Biden worked with arch racists Sen. Jesse Helms and Sen. Robert Byrd to add an anti-busing amendment to a federal bill. (The NAACP called it “the anti-black amendment.”) Busing, for those not old enough to remember, was a method for the racial integration of schools. That is, some children would take the school bus to out-of-district schools. It may not seem like a big deal now, but it was a clarion call to the white racists of the day — and Joe heaped right on with them in his opposition to “forced busing,” a racial dog whistle. Biden defended his stance on “forced busing” as late as 2007.

During Biden’s law-and-order crusades in the 1980s and 1990s, when he was pushing for mass incarceration, he referred to black offenders as “superpredators” and “sociopaths” beyond redemption. Biden was a key figure in mandatory minimums, powder-rock cocaine sentencing disparities, civil asset forfeiture, and expanded use of the death penalty.

In February 2007, while he was considering a run for the presidency, he remarked about Barack Obama, “I mean, you got the first mainstream African-American who is articulate and bright and clean and a nice-looking guy.” Hmmm.

Biden, of course, has bigger problems than that if he is the nominee. His serial lies are on record and on tape. One of his lies, told repeatedly for decades, was that he marched during the civil rights movement. Nope, never, not even once.

Shaun King wrote, “For nearly 50 years, Joe Biden has publicly pretended to have been part of the Civil Rights Movement. He is not ‘exaggerating’ or ‘embellishing,’ he is creating entire fictional story lines to impress white liberals and connect with black voters.” He lies. Shamelessly and repeatedly, as we saw recently with his prevarications about cutting Social Security and Meidcare, even when confronted with videotaped evidence to the contrary. On thirty-one occasions he repeated the lie that he had participated in Civil Rights sit-ins.

We haven’t even begun to talk about Biden’s history of plagiarism. The point is, apart from his racist record, all these problems — which the CNNs and MSNBCs seem to have missed — are going to make great fodder for the Trump campaign. I’ll say this now . . . if Biden is nominated, Trump will be reelected. Biden’s record — suppressed now by the idiots at CNN, MSNBC, the New York Times, and the Washington Post who’d rather have Trump than Bernie — will be broadcast in Republican ads that will effectively suppress enough voters for Trump to pull another hat trick.

Joe Biden is not electable.

Now, finally, we come to Michael Bloomberg, the richer of the two billionaire oligarchs running for the Democratic nomination. Bloomberg is not in it to win it. He is part of a plot to force the Democratic Convention into a second round of voting, so the Wall Street wing of the party can steal the nomination from Sanders using superdelegates. I mean, I’m sure Bloomberg has fantasies of winning. But there’s the real deal. That’s why he is avoiding debates — where he might be questioned on his racist record — and flooding every manner of medium with slick feel-good ads. More than $100 million worth of ads. Like a miasma that infiltrates everything. He is buying influence, literally.

It was as Mayor of New York that he proposed fingerprinting low income housing residents, while he was also implementing the infamous NY Police policy of “stop and frisk,” a fascist program that heavily targeted African Americans and Latin@s, and by the way violated the Constitution. He apologized for it once he threw his hat into the ring for 2020 . . . how convenient. When federal judge Shira Scheindlin ruled “stop and frisk” unconstitutional, Bloomberg referred to her as “some woman” who was incompetent. He hasn’t apologized for that yet.

We could talk about his sexism as well, because he has on many occasions been called down for discussing women in a highly objectifying and patronizing way, once publicly calling down New York City Council Speaker Christine Quinn for not wearing high heels.

Columnist George Blow wrote in a 2019 New York Times op-ed, “No black person — or Hispanic person or ally of people of color — should ever even consider voting for Michael Bloomberg in the primary. His expansion of the notoriously racist stop-and-frisk program in New York, which swept up millions of innocent New Yorkers, primarily young black and Hispanic men, is a complete and nonnegotiable deal killer.

“Stop-and-frisk, pushed as a way to get guns and other contraband off the streets, became nothing short of a massive, enduring, city-sanctioned system of racial terror.”

In summary, all four of these candidates need to be electorally destroyed, on the grounds of racism, but also because not a single one of them will survive a contest with Trump’s scorched-earth campaign.
Posted by Stan at 4:26 AM